The Pro-Genocide Olympics and the West’s Shameful Complicity 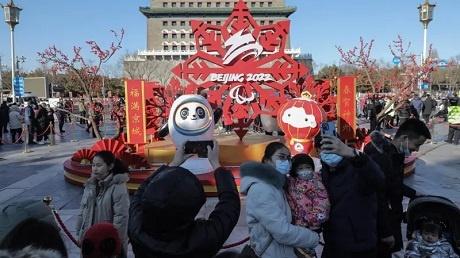 The Pro-Genocide Olympics and the West’s Shameful Complicity

The complicity of America and the West with the Genocide Olympics should serve notice that free societies are, indeed, in danger of self-immolation.

The West is in moral decadence. The 2022 Winter Olympic Games hosted by communist China is an emblematic symptom of the ethical debasement taking place in the world’s democracies. It reveals something additional. The problem is not just a moral one. It is existential. The free world, by its own misgivings, is making itself an endangered species. The genocidal communist regime in Beijing has only acted upon this opportunity.

We look back at the 1936 Olympic Games in Berlin with shame. How could democracies take part in such a scheme that served National Socialism’s self-interest? Although the antisemitic policies and actions of the National Socialist German Workers’ Party (Nazi Party) preceded the actual Holocaust, the heinous practice of concentration camp confinement and murder of Jews began officially in 1941. That was 5 years after the shameful presence of athletes representing free societies playing into the Nazi propaganda ploy. Apologists for the 1936 games excused themselves by pleading ignorance and lamenting their inability to predict future events...