Here’s Why Russia Bullies the U.S. 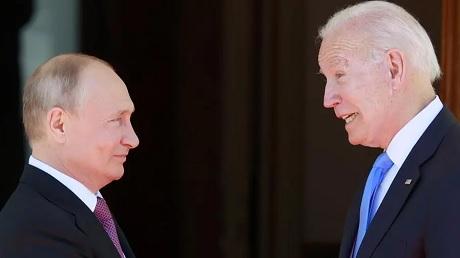 Here’s Why Russia Bullies the U.S.

The doddering Biden-Harris administration, frail and without a moral compass, appears to be no match for the Russian despot

The Biden-Harris administration celebrated its one-year anniversary, embarrassed and defeated. Its project to bring socialism to the U. S. has so far failed. Both, in the popular front by the non-elitist, non-woke, traditionalist American society (the majority) and in Congress, the Left is witnessing an adamant resistance. The inflation rate is the highest in nearly four decades. Its one-dimensional, unscientific covid policy is a disgrace. The missed liberation opportunity in Cuba, and the collapse of Afghanistan demonstrate that American resolve, under this presidency, is infirm. Russia has added to the country’s woes and is now bullying America.

Despite denying that an invasion of Ukraine is imminent, Vladimir Putin has amassed over 100,000 Russian troops on the sovereign country’s border. In 2014, confronting the flimsy leadership of another Democratic president (Barack Obama), Russia transgressed Ukrainian territory and stole Crimea. Putin has been making the same arguments about the Russian minority in Ukraine that Adolf Hitler made about ethnic Germans in the Sudetenland and Austria...