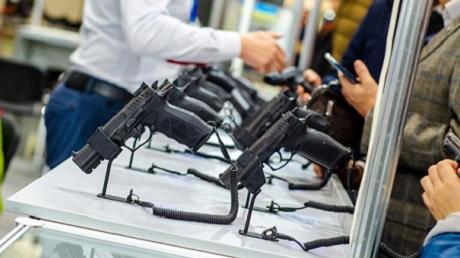 The network spoke to a mother of three named Trish Beaudet, who says she has never owned a firearm before but is now buying one for herself and one for her 25-year-old daughter.

She then pointed to the chaos in the streets and on the news, lamenting:

It really bothers me when I watched things on the news, when you talk about the riots, and the looting, and the violence that’s happening.

Pulling a gun is the last thing I ever want to do, but I want to know that if I need to protect myself, my family, my, you know, my children, that I can do that.

“My nightmare scenario would be being at home alone, middle of the night, and just myself and, you know, the boys, and, and someone coming in to harm us," Hart said.

"When things start to hit a little closer home it kind of makes you sit up and think about it.”

November 2020 was the 11th consecutive month of record background checks for gun sales, according to Breitbart.

FBI figures showed there were 3,626,335 National Instant Criminal Background System (NICS) checks performed in November 2020, which represented more checks than were performed in any November since NICS was established.

ABC News concluded their report on surging gun sales with a gun control push that was focused on background checks.